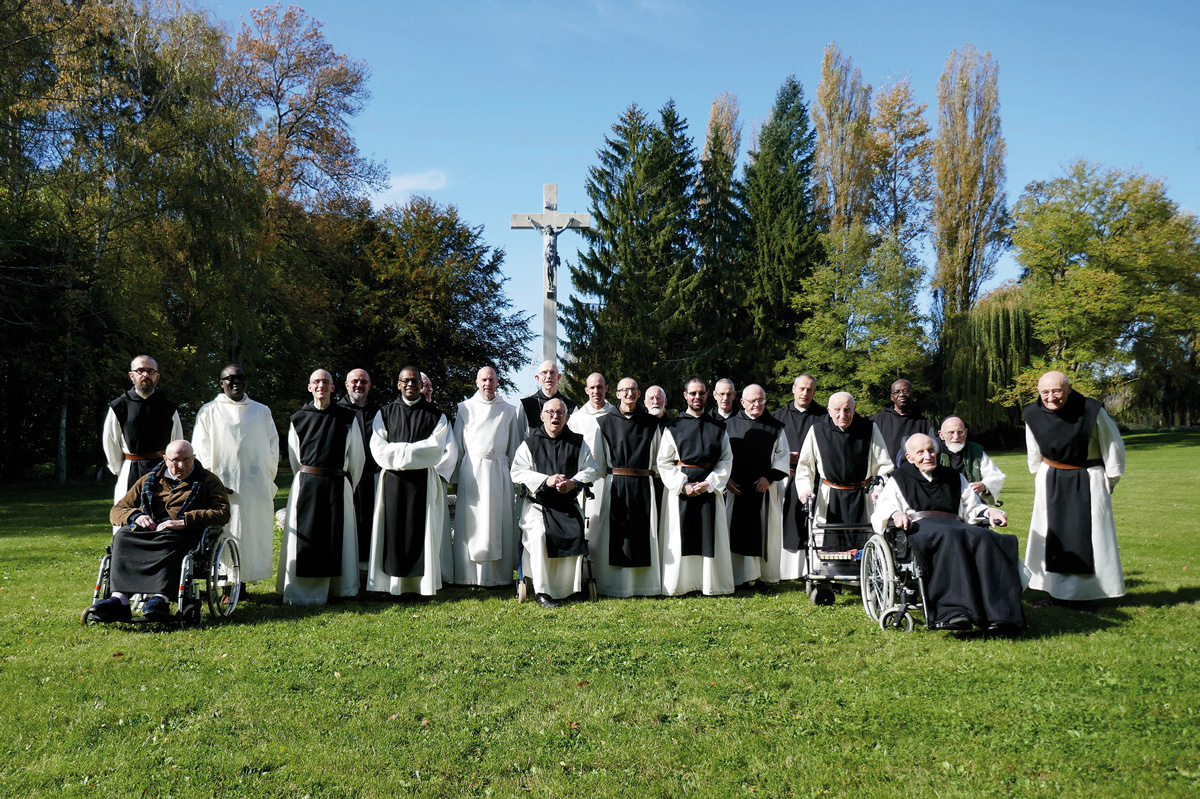 In 2020, our community numbered 15 brothers.
The oldest was 98 years old, the youngest was 40.
All generations were represented. Among the young ones, there were several brothers in formation.

Since Cîteaux is the cradle of the whole Cistercian family, it is not rare that some brothers who belong to other communities, sometimes even to other Orders, come to stay with us. This was the case in 2010 when four brothers asked to make a prolonged visit to Cîteaux. This gave some color and an international flavor to our community!

In September 2009 we sent four of our brothers to begin a new monastery in Viking territory! This is Munkeby MariaKloster near the cities of Levanger and Trondheim in the center of Norway. Our brothers settled near the ruins of a 14th century Cistercian monastery.
Our Cistercian Order numbers nearly 180 monasteries of men and women spread over the whole world on all continents!